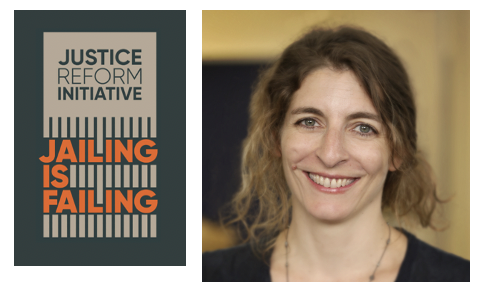 The Justice Reform Initiative is delighted to announce the appointment of Dr Mindy Sotiri as our inaugural Executive Director.

Dr Sotiri – who will formally take up her role in early November – is uniquely placed to help the Justice Reform Initiative drive the case for criminal justice reform across Australia, in collaboration with the many people and organisations similarly committed to evidence-based public policy.

Dr Sotiri has worked in criminal justice system settings as an advocate, community sector practitioner, academic, researcher, and policy and service delivery reform specialist for more than twenty years. A longer term role has been as the Program Director of Advocacy, Research and Policy at the Community Restorative Centre in Sydney.

During this time, much of her work has been focused on advocacy around decarceration; reducing the over-representation of vulnerable populations in the criminal justice system, working alongside Aboriginal led organisations to reduce First Nations over-incarceration, and building sustainable community-based and community led pathways outside of prison settings.

“I’m excited to be joining the Justice Reform Initiative at a time when there is such urgent need for a reassessment of our overreliance on incarceration,” Dr Sotiri said.

“The evidence is clear – jailing is failing us on so many levels and Australian policy makers need to engage with the experts and their communities to find better solutions, as so many jurisdictions are doing across the world.

“There are multiple expert voices informing and driving reform and decarceration work in this field, including people with lived experience of the justice system, community-based service delivery experts, victims of crime, innovative restorative justice practitioners, legal advocates, and academics and researchers.

“We need to come together to drive change, and I look forward to working closely with those who are committed to achieving a better system and those who are still to be convinced.”

Dr Sotiri is recognised as a leading advocate, academic and practitioner in the area of post-release, and comes to the Justice Reform Initiative with a deep understanding of the social, cultural and systemic drivers of incarceration. She holds a PhD (exploring the purpose of imprisonment) from the University of NSW and was also a 2016 Churchill Fellow (with a project exploring international community led post-release services).

Jailing is failing and NSW is a world-beating failure